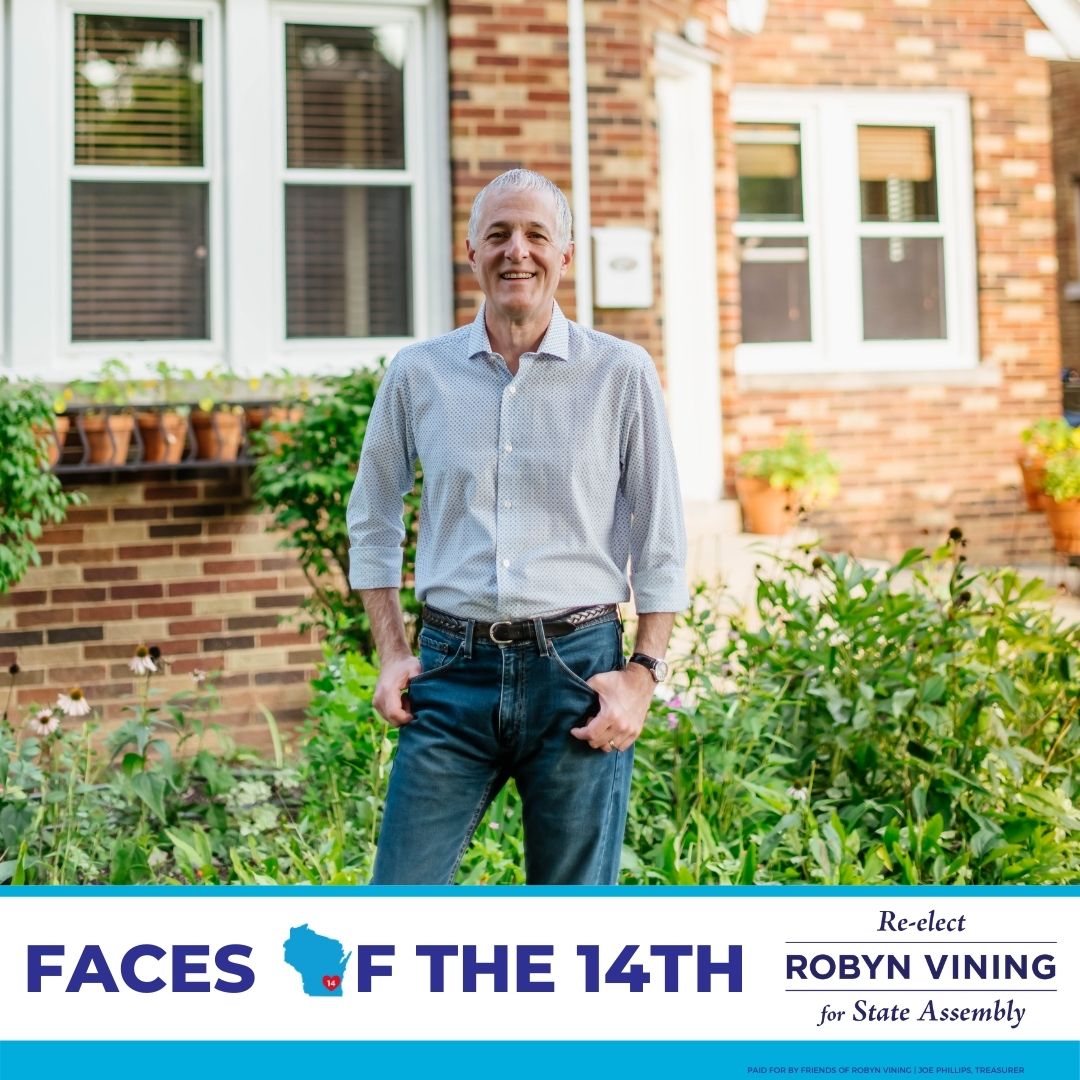 I was right to be optimistic about a Democrat winning the seat in 2018, but it turned out that I was not the best candidate to accomplish that difficult task. Robyn Vining was.

When my wife Annette and I moved here in 2008, East Tosa was represented well by a Democrat in the state Assembly and I was not involved in politics other than volunteering once in a while for a presidential or statewide race. Unfortunately, our state government changed dramatically after the 2010 election and Wisconsin has been badly divided since then. I joined the protests in Madison and worked on recall campaigns as a volunteer while Republicans were redrawing our district maps to benefit themselves. Because I did not want to be represented in Madison by a Republican from Waukesha County, I ran for the District 14 Assembly seat in 2012. At the time I thought running for office would be a one-time endeavor, but it was a great experience; I had “the bug” and was willing to run for office to make sure that Republicans did not go unchallenged. After a campaign for Congress in 2014, I ran again for the Assembly in 2016 because our former state representative served Wauwatosa poorly and repeatedly attacked our public schools.

In 2018, when I thought I might finally have a good chance to win our Assembly seat, the political climate was very different and I was not the only Democrat willing to run. Women all over the country were organizing and running for office in response to the election of Donald Trump, and we had a very active group of women in East Tosa. I didn’t know Robyn well when she launched her campaign, but I quickly learned that we shared the same values and agreed on nearly all of the issues that are most important to me. She brought fresh energy to the race along with a focus on other important issues, such as human trafficking, that I had overlooked.

When I met with Robyn in person and saw her energy, her talent, and her intelligence, I knew that I did not want to run against her in a Democratic primary because we wanted the same things for Wisconsin and for District 14. I decided to step back, withdraw my candidacy, and support Robyn.

Not once have I regretted the decision I made in 2018. Robyn has done a fantastic job in the Assembly for the past two years, and I see every day that she is a terrific person. Especially in this very difficult year, I am in awe of her empathy and her ability to run a relentlessly positive campaign. She really does care and really does work for us. We need Robyn in Madison for another two years, and I enthusiastically support her re-election. – Chris