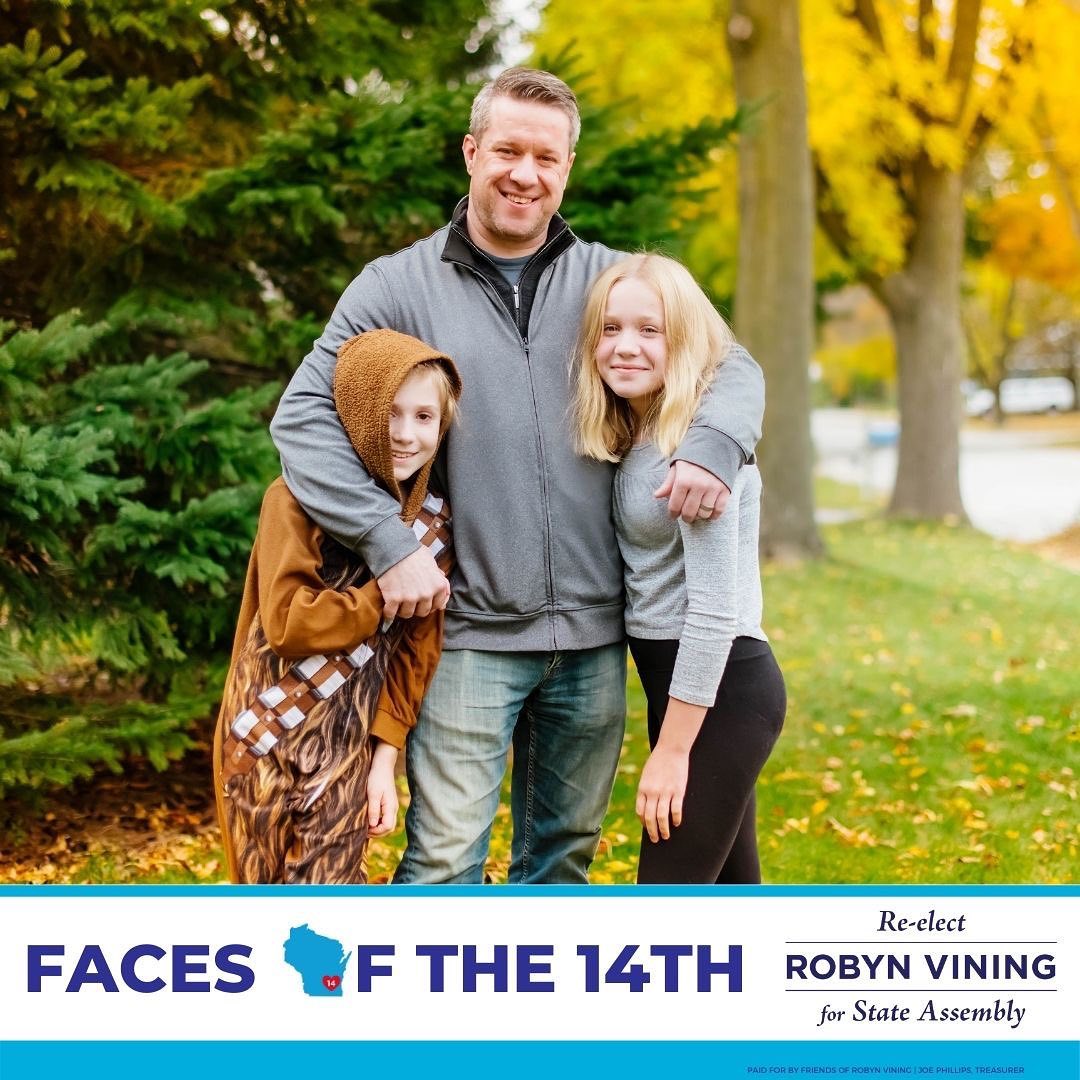 “I grew up in and around the 14th District, on Milwaukee’s northwest side and now in Wauwatosa with my family. And I grew up pretty conservative, attending Catholic schools and really believing in the fiscal policies of the Republican Party. Working in financial affairs, I started to see a disconnect between what I thought the GOP stood for, and the policies and candidates they were actually putting forward.

My loyalties started to shift with all of the controversy around the Affordable Care Act. With chronic and childhood illnesses in our family, I’ve been lucky to always have employer-sponsored health care, but I know that isn’t the case for all. Having health insurance for everyone just makes sense, financially, but also morally. The more the Right pushed against “Obamacare,” the less that vitriol made sense to me. By 2014, I started to identify as an Independent, and now, well, I’m very much a Democrat.

Today, having health insurance is more important than ever, and I’m seeing our state Republican leaders hoard money and power and votes instead of taking care of the most vulnerable. I voted for Robyn in 2018, and I’ve been proud to watch her tireless support of the Healthcare Heroes Act despite her colleagues unwillingness to go to work. Robyn won’t stop fighting for access to health care and what is right, so we won’t stop fighting for her.” -Garrett