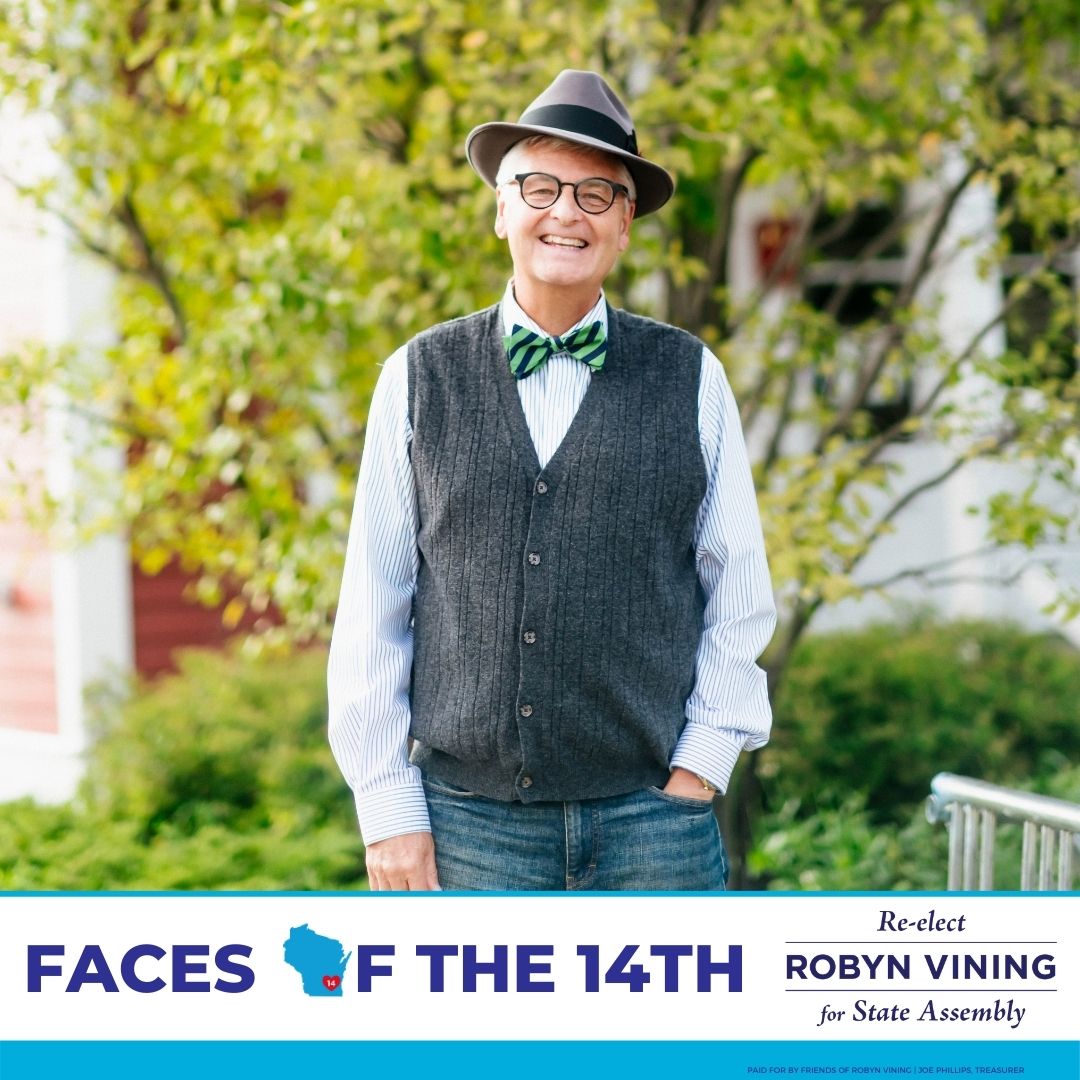 It.Is.Time.  It is time to put an end to gerrymandered districts that have resulted in inappropriately represented government in Wisconsin for 10 years.  It is time to return to the progressive principles and foundation upon which this state was built and operated on for over 100 years, led by people such as Robert LaFollette, Gaylord Nelson and William Proxmire.  It is time to elect people who represent and respond to ALL of their constituents, with empathy, passion and love.  It is time to re-relect Robyn Vining to represent the 14th Assembly District.

I have lived in Wauwatosa my entire adult life, for almost 40 years. During these years, I have felt an obligation to leave things better than I found them and I have done this by giving back to my community as an alderman, board member and event organizer. While I have done this out of gratitude for what Wauwatosa has provided me and my family, I also do this to create a positive future for my children and grandchildren.

My wife and I have raised our children to be active and engaged members of society, to speak passionately about what they believe in, to be involved in issues and in their communities. They were nurtured by the exceptional Wauwatosa public school system and have gone on to successful careers in education, politics and law, providing hope and voices to those who need them.

Robyn Vining aligns with and inspires these values and that is why I support her.  She cares deeply about the issues that will determine how successful our future will be: education, healthcare, gun reform, the environment and fair representation in government. She demonstrates an ability to act on these issues. And she communicates in a way that involves everyone she represents, setting an unprecedented standard to which all elected officials should be held.

November 3 will be the most critical election in my lifetime, but don’t wait for November 3 to vote.  Request your absentee NOW!  When you receive it, complete your selection of Robyn Vining immediately and have a witness sign it.  Then drop it off in the deposit box at Wauwatosa City Hall.