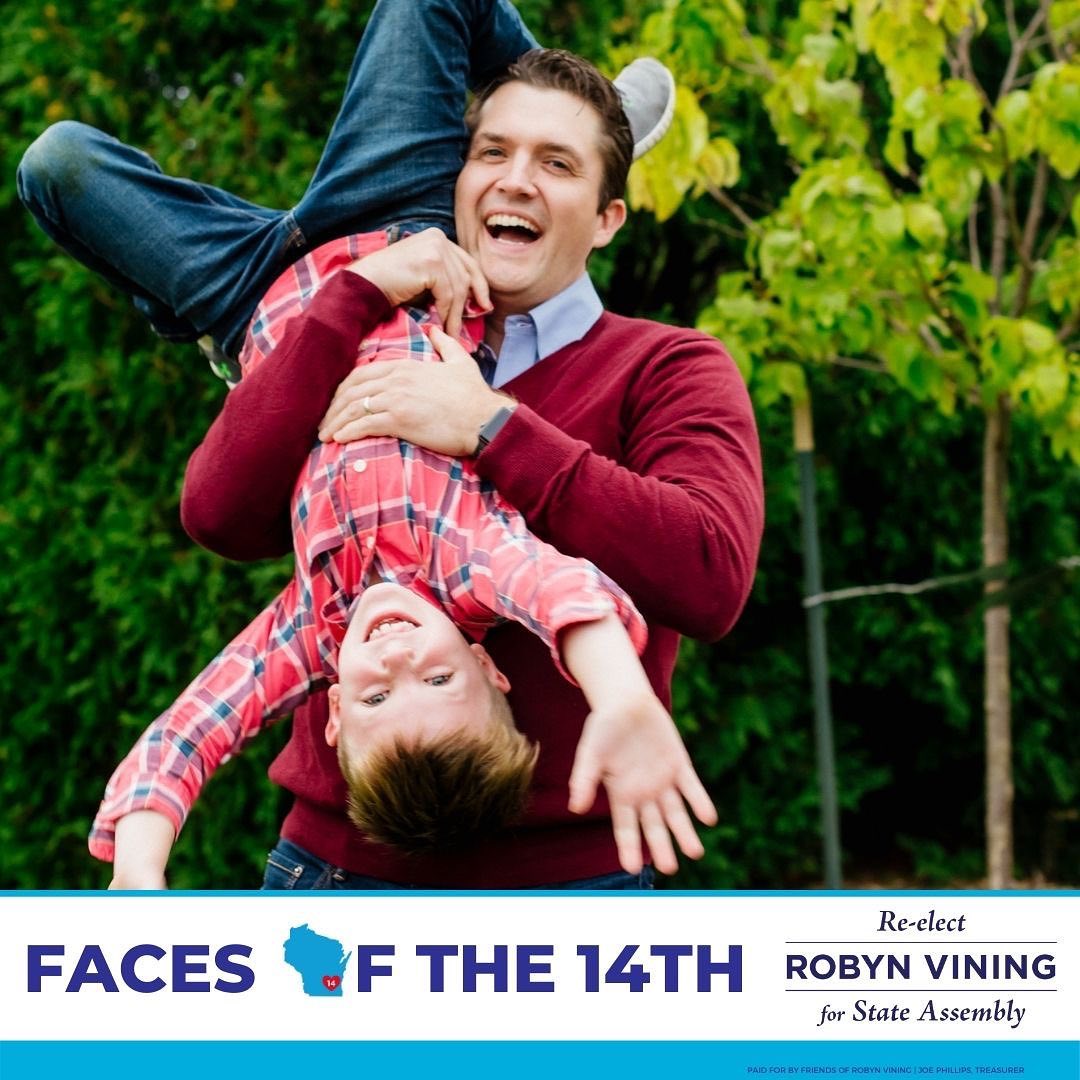 “A lesson we stress with our children is to leave a place better than we found it. When 2018 came, I knew I had to do more to leave my community better than I found it. I needed to get involved, especially for my children. The last decade of Wisconsin politics has been full of so much division and demagogy.  Some politicians seek to divide and conquer; they take a scorched earth approach to policy. It’s bad for everyone and it’s easy to become cynical and disheartened. For the sake of my children I vowed to get involved and do my part to help make our community better.
When the 2018 campaign season began I was looking for a way to get involved – in a campaign of hope, a campaign about people. Then, Robyn Vining told me she was running for state assembly and she asked me to serve as the treasurer on her campaign.
Getting involved has restored hope, empowering my voice and my family. My son, Matthew, knocked doors with me in 2018 and now he is making calls. It has helped him engage in the issues, and participate in shaping his future. Matthew is concerned about what kind of world he will inherit. He is worried about the climate, gun violence, racial justice, and just common decency from our leaders.
I’ve known Robyn for almost a decade. Robyn acts out of conviction and calls all of us to attend to our better angels. She loves and cares deeply about District 14, Wisconsin, and ALL people. Representative Vining has renewed my hope in democracy. I am honored to call her my friend and my representative. She reminds us that power in this country rests with we the people.
Vote for Robyn Vining – she represents us, the people, as we deserve.” – Joe