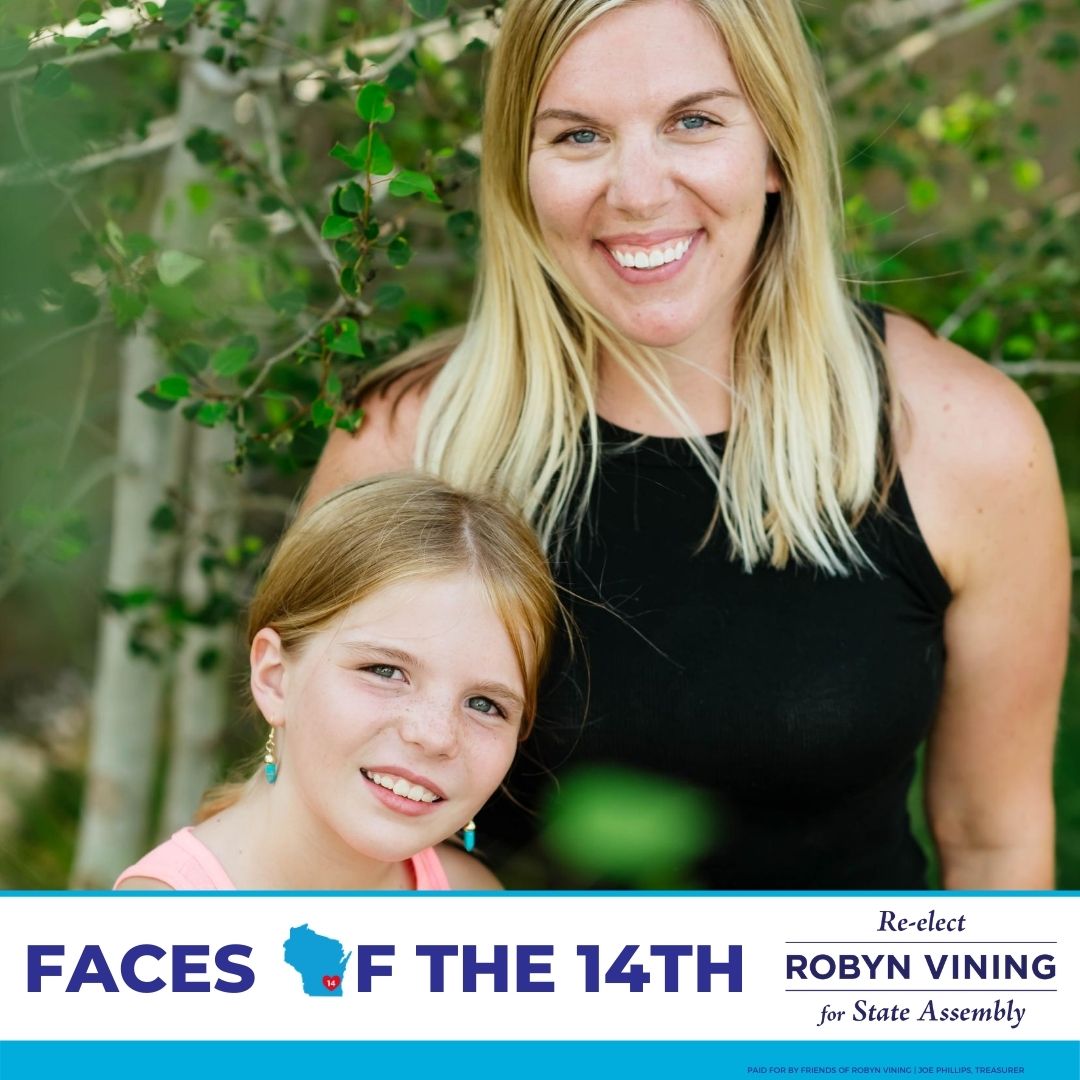 After the election in 2016, Lindsay was motivated to get more involved in efforts to elect Democrats up and down the ticket. She volunteers time for both the Wisconsin Democratic Party and Moms Demand Action. She is not a one-issue voter, supporting candidates who value community, including public schools, and who fight for the people they represent.

This year, Lindsay was the leader of a group of Wauwatosa East High School students during the Moms Demand Action Advocacy Day in Madison in February. Her group met with Representative Vining at the Capitol, and Lindsay was encouraged by the way the students lit up when speaking with Robyn. Robyn did not talk down to the students because of their age and engaged them as valued members of her community. Robyn’s interactions with the students really spoke to Lindsay because it was clear that Robyn represents her community and supports the values of her constituents.