The Greater Milwaukee region has become known nationally as a hub for sex trafficking, and it’s a problem that occurs in every county in Wisconsin. We need a champion in Madison to both rescue and protect our kids from this multibillion-dollar criminal industry. I am a known and vocal advocate at the state and national levels.

I passed unanimously a bi-partisan, bicameral Anti-trafficking resolution in 2020, which is a good start, but Wisconsin needs to take the final step in an 8-year process of becoming a Safe Harbor State. This past session the state senate killed our Safe Harbor legislation that seeks to protect Wisconsin’s children from the crimes of their traffickers and has been shown in states nationwide to increase the prosecution of pimps. While we have the votes, the Republican caucus hasn’t brought the bill to the Assembly floor for a vote. We need to hold my seat so we get closer to, not farther from,  becoming a Safe Harbor State.

This past session, the unthinkable happened. In addition to refusing to put the Safe Harbor legislation on the floor to protect kids from sex trafficking, the Republican caucus blocked their own bipartisan legislation protecting survivors of sexual assault.

In an act of outrageous partisan gamesmanship, the Republican Speaker decided to block two bills, one providing sexual assault kit tracking for survivors, so a survivor could track their sexual assault kit to ensure processing, and another bill that worked to ensure sexual assault kit would be processed. This bipartisan legislation, with resounding statewide support, was written at the recommendation of Republican Attorney General Schimel, after it was discovered thousands of assault kits had been sitting on shelves, untested, justice not served, Wisconsinites not protected from dangerous criminals.

The Speaker blocked these bills by creating one bill that he knew would never pass, and it did not, effectively killing the effort to identify sexually violent criminals, and protect Wisconsinites from sexual assault.

I will reintroduce these bills in 2021. 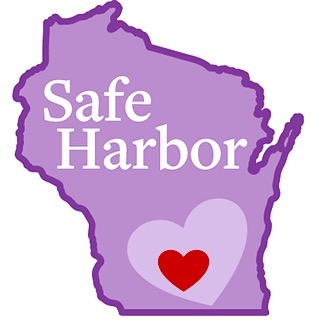