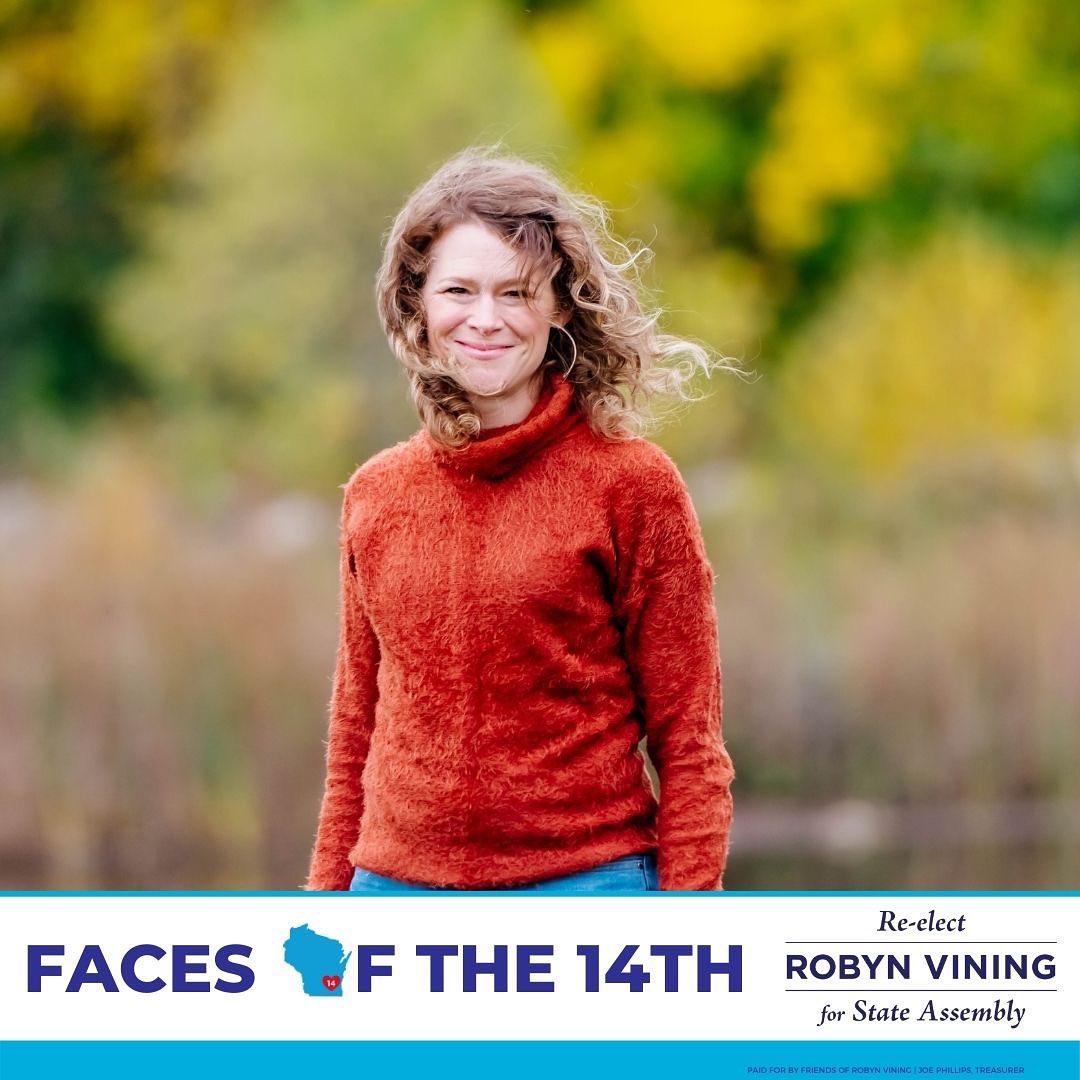 “I’ve never been one to become incredibly passionate about local politics until I realized a few years ago how little it felt my values were being represented by my district in Madison. I’ve come to realize how important it is to have people who don’t just want to be decision-makers but people who actually care about making decisions and policies that will impact individual people’s lives. People who truly care “about the little guy” and SHOW IT through their legislative actions, not just say it while turning their head and doing otherwise.

I want a better world for my children. When my 8-year-old realizes that some political figures are saying and acting in a way we would never allow our children, I want to ensure she doesn’t continue to see these figures in power. That’s why I believe in Robyn Vining for District 14 because I know she’s someone who my daughter could look up to as a role model who thinks for the people.” – Sarah