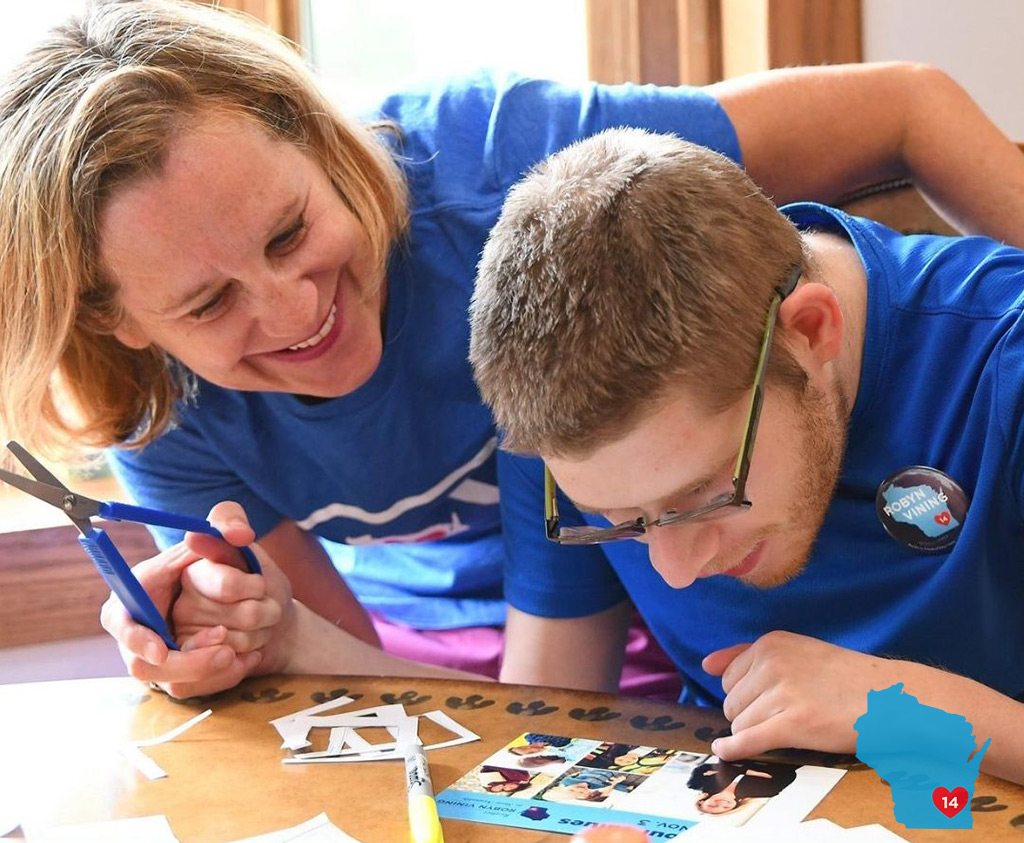 Robyn has impacted my family tremendously.

In 2016 I joined an advocacy group to raise awareness of the need for adult size changing tables in public venues. I have a 20-year-old son, Matthew, who has cerebral palsy and through no fault of his own remains home far too much because of the lack of somewhere to take care of his continence needs in public.

On a national scale some states were pursuing legislation for the installation of the tables, but my representatives weren’ interested. Literally the minute Robyn was elected I bombarded her with information, met with her at the first opportunity and she was on board. In a year, she had House and Senate bills ready to go with bipartisan support. They were introduced in January, but time ran out to get a hearing in that session, yet I know she will get straight back to work and reintroduce them in January 2021.

Robyn truly cares. From keeping me updated on progress, to personally calling me to see if we needed anything during lockdown, to nominating me for an award (which I won!!), she has shown she listens and takes action to help and never gives up.

I have never been interested in politics because I never felt personally affected until now. As an immigrant with a green card, I cannot vote, but Robyn has been the catalyst for me to apply for citizenship, because she has made me feel my voice matters. I may not be able to vote in this election, but I can help her get re-elected and let others know that Love Wins!! – Sarah